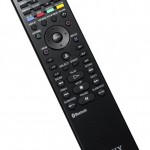 Sony is supposed to be an experienced manufacturer of electronic devices that require remote controls. You’d figure they have immense talent. However, they have done the worst implementation of a remote control for the PlayStation 3. The PS3 does not come with a remote control. It has to be purchased separately for $25 at retail. So, when they tell you how great the PS3 is as a Blu-ray player for $300, remember you still do not have a remote control. The remote is Bluetooth so that you just need to be nearby the PS3 for it to work. It is not like a regular IR remote that requires line of sight and pointing to the device.

The problem with this though is that the PS3 remote does not have a way to communicate to IR devices. This means that if you want to change the volume on your television, you will require a separate remote. What is even worse, if your TV remote can control your Blu-ray player, it will not be able to control your PS3 because it does not have a IR port. Which begs the question, what was Sony thinking and do they even have a plan in effect to fix this? Microsoft on the other hand gets the remote control right, even though they do not have a history of making decent hardware. The Xbox 360 remote retails for $20 and you can control your TV with it just fine. It even glows in the dark. The Xbox 360 does not play Blu-rays but works pretty well as a media extender hooked to a bedroom TV, for example.