With my dad recently passing, I finally decided to leave the country for greener pastures down south and to take care of family. So, my wife and I started selling all our belongings, furniture, electronics, and most stuff that won’t fit in 32″ duffel bags. More than 10 years living in America, you can rack up a lot of stuff. This included a Sony BRAVIA XBR Series KDL-46XBR9 46-Inch 1080p 240Hz LCD HDTV.

Right now, there is one same model TV on Amazon selling for $900 used. I had it listed on Amazon for less than that. I ended up just selling it to a childhood buddy of mine but before I could remove it from Amazon someone else purchased it through the Amazon website. I had to cancel that Amazon order and ended up selling it to my friend for $660. I figured it would cost me around 100 bucks to ship it to my friend, so I could get around $560 for the TV then. I started looking for quotes, and found out that USPS will not even ship it because it was so big. UPS would charge me $130 and FEDEX quoted me at $105. So, I opened up an account with FEDEX, gave them my credit card, printed a label, taped it to the side of box, and scheduled a pick up. However, when I entered all the shipping information, I left the declared value empty. I thought they didn’t need to know that. But, apparently they need to know that so that they know how much to take CARE of it.

I had kept up all the original TV packaging and boxes as I was planning on selling it in the future. So, it was as well packed as SONY would pack it. However, when the box got to my friend, it looked like FEDEX tried to destroy the TV as much as possible. Then things started to get weird, instead of FEDEX charging me the $105 they had quoted me, they charged me $50.17. Their customer support was just horrible, END_OF_DOCUMENT_TOKEN_TO_BE_REPLACED 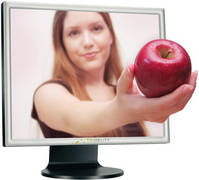 What you need depends upon the type of material you would want to watch.

60hz LCDs will display 60fps, which is equal to the broadcast refresh rate, however introduces judder to 24 fps material(film).

120hz LCDs can display 60hz material by displaying each frame twice or interpolating motion from one frame to the next, so long as that option is available for the TV in question. As for 24fps material, some 120hz LCDs can play back this material at it’s intended rate by playing each frame 5 times. This removes any judder that was a result of the 3:2 pulldown associated with playback at 60hz.