Running out of room to backup some of my stuff. I went to Best Buy to pick up a 2TB external hard drive but then I realized that hard drives nowadays have NTFS partitions on them. This was not always the case, it used to be drives were partitioned with FAT32. PS3s however are not able to read or even see NTFS drives. It might have something to do with the fact that Sony does not want to pay licensing fees to Microsoft. Sadly, Microsoft won’t make it easy for you to format your drive to FAT32. The only options you get from the GUI are NTFS or exFAT, and neither will work on a PS3.

If you go to the command line and do the following command (assuming I: is the drive you want to format) this will only format drives up to 32GB which is a limitation set up by Microsoft on Windows 7 rather than FAT32 itself.
format I: /fs:FAT32
After a little searching I found the solution to this dilemma in this little guy called fat32format that can format drives up to 2TB with no problems. I copied this file to my C: drive and I just typed:

For more info on this program check out  http://www.ridgecrop.demon.co.uk/index.htm?fat32format.htm

By now most people have heard of the infamous World of Warcraft or WoW for short. The latest expansion pack to the game is called Cataclysm. If your husband has shown interest in playing this game, this is a very bad thing. Here is why, the game is incredibly addictive for many people. Specially if the person has problems with anxiety or depression, the game can provide a false sense of achievement by leveling. The game requires very little gaming skill other than being able to click buttons with a mouse which is the reason it is very easy to learn and pick up. Instead, the game does little to reward skill but rewards time that you have played instead. Granted, some skill might make things a bit faster.

The more time the player keep playing the game, your avatar starts gaining levels which makes you stronger against foes. However, there is no shortage of enemies as they endlessly re spawn or throw more difficult enemies that will probably require several players to beat. This starts escalating up to a point where you need dozens or more people to beat enemies. These players then need to arrange a time when players with enough time sunk into the game can play. This is where things start getting ugly. In WoW, these groups are called guilds, several of them meet 4 or more times a week for 2 or more hours. This could add up to the time you would spend in a part time job. The game can not be paused unless agreed by everybody in the group. Somebody hooked on the game will probably not leave the chair in a while.

I tried to explain what the game is in a nutshell avoiding lingo used by people that play it. If suddenly all your partner can talk about is WoW and all the words coming out of his mouth are raid, guild, crits, aoe, dkp, aggro, spec a warlock with nightfall. This is a bad sign. When they start saying my druid, my mage, my paladin without giggling. You got a problem.

If he starts making up excuses to not go out or work out, he is sick etc but he feels well enough to play on the computer. That is also bad. Eventually, it is going END_OF_DOCUMENT_TOKEN_TO_BE_REPLACED

The wife is reading on her Kindle in the bedroom while I am playing Call of Duty: Blacks Ops on my PC with my headset on. Then, the apartment starts to shake, the ceiling fan is about to drop, and it sounds like a stampede is going by. My wife and I grew up in Central America surrounded by volcanoes. So thinking that it is a small earthquake, I start running to a door frame when I realized it is very easy to walk because the ground is not moving. Now I am a bit scared because I am thinking it might be a tornado since this is common in the Southern United States where we live. I go look out the window and there are clear skies when the shaking suddenly stops.

A minute has passed now when we realized, the sounds are coming from upstairs. I go up there thinking somebody went UFC on somebody else’s ass. I knock on the door, and this thin short white college kid opens the door. I asked him if he was okay because my apartment was about to come down on me. At that moment, he apologizes saying that he and his friend were playing a new Xbox 360 game where you play by moving around. Of course, he tells me this while he points to a Kinect for the Xbox 360. However, this still did not add up though, until his 300-pound friend came back from the fridge with another beer. I told they should play Call of Duty instead.

I guess the Moral of the story is that you should not invite your chubby friends to play Kinect in your upstairs apartment even though you might think they need the exercise. Rather, tell them to eat a salad every now and then! I know even McDonalds sells them now.
END_OF_DOCUMENT_TOKEN_TO_BE_REPLACED 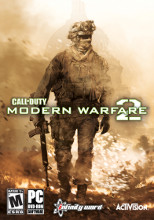 Third, on several occasions, the player that is hosting will disconnect because he either rage quits or his connection is not good enough. At this point, it is possible someone in your party will disconnect while trying to switch to another host. Not to mention the process takes about 20 to 30 seconds in a good scenario which disrupts the flow of the game and annoys all players. END_OF_DOCUMENT_TOKEN_TO_BE_REPLACED

At first when I heard about RockBand a couple of years ago, I thought it was kind of silly. Then, I started playing with some friends and it turned out to be a lot of fun. I even got my wife to be an expert on the vocals. I own a copy of Rock Band 2 Special Edition since the drums are better quality than the previous set. We play it every now and then, especially when friends come over. It is a great party game. Now, add The Beatles into the mix and this game is going to be great. Of course, if you do not like The Beatles you should probably stay away from this one, but who does not like The Beatles :P.

This is the sequel of DiRT of course, but these games are part of the Collin McRae Rally franchise. I had a lot of fun with DiRT and it is my favorite arcade racing game. Needless to say, I prefer this style of racing much better than your regular arcade street racing game.  It is just so much more fun to slide in gravel roads and look at great Mediterranean landscapes than city night lights.

Do not expect Gran Turismo realism here, this is all about speed, bumping into cars, and getting your cars dirty! I still have not decided if I will get the PC or console version but I expect both to be great successors to an already great series.

Ratchet & Clank games are not exactly masterpieces but they are a lot of fun to play and I love this kind of humor. This series has been my favorite platform franchise since it came out on the PS2. I know Mario is supposed to be the King but he is just not cutting it for me anymore.

The first PS3 installment, Ratchet & Clank Future: Tools of Destruction, looked very pretty and showed high production values.  The subsequent add on “Quest for Booty” was rather short but it moved the story along. I am expecting this new sequel to include more content, fun weapons, and spice up the platform shooter genre a bit more.

END_OF_DOCUMENT_TOKEN_TO_BE_REPLACED

Searching for guides for Killing Floor, I realized there was not a single one in gamefaqs.com. So, I decided that I should create one with a little help from the guys from the clan. I am going to start it by creating a thread on our forums taking suggestions on what to add or edit.

I am planning on covering mostly strategies on how to handle enemies and finding good spots in the core maps. Hopefully, my guide will provide some more exposure to the clan and we can find more recruits. Killing Floor is an awesome game, but it is way underrated. It is only $20 bucks on Steam, and it is pretty much everything I wanted Left 4 Dead to be. You can get an awesome ping in these, especially if you are in the South. Feel free to ping me if you want to join our ventrilo server.

After working on it for a while, the guide finally got publish on gamefaqs.com. So, you can check it out here. Now that it was accepted, I will be adding more content to it. I will add an actual FAQ, and enemies quotes among another things.