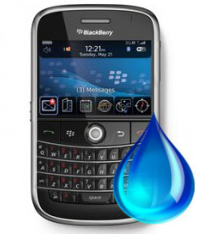 Gone are the days when you could go into a store and get an unlimited data plan. Even though it is advertised as unlimited, that is seldom the case anymore. You got cable companies such as AT&T and Comcast that have caps of 150GB and 250GB a month respectively among others. Some companies will charge you a fee but others will deny service after a repeat offense. These caps are probably in place to prevent streaming subscribers to services such as Netflix, Hulu Plus, or Amazon Prime to hog all the bandwidth.
A few years ago it was mostly believed that if a consumer used a lot of bandwidth, he or she was using bittorrent and downloading illegal music and movies. This is not the case anymore, Netflix alone accounts for more traffic than bittorrent. Even Comcast was caught sniffing your data to find out if you were using bittorrent to then throttle and slow down you data.
Some years have passed, and now with smart phones being nearly ubiquitous users hogging the data is still a problem. Verizon will offer you 4GB of unlimited data, AT&T has similar caps and they will charge you extra if you go over. T-Mobile will not charge you extra but they will slow down your data after your allowance. Hours of using Music and Movie apps such as Pandora and YouTube will quickly deplete your data allowances. C-Spire, previously known as Cellular South, END_OF_DOCUMENT_TOKEN_TO_BE_REPLACED